← more from
Whirlwind Recordings
Get fresh music recommendations delivered to your inbox every Friday.

'Something About Rainbows' - Preston Glasgow Lowe 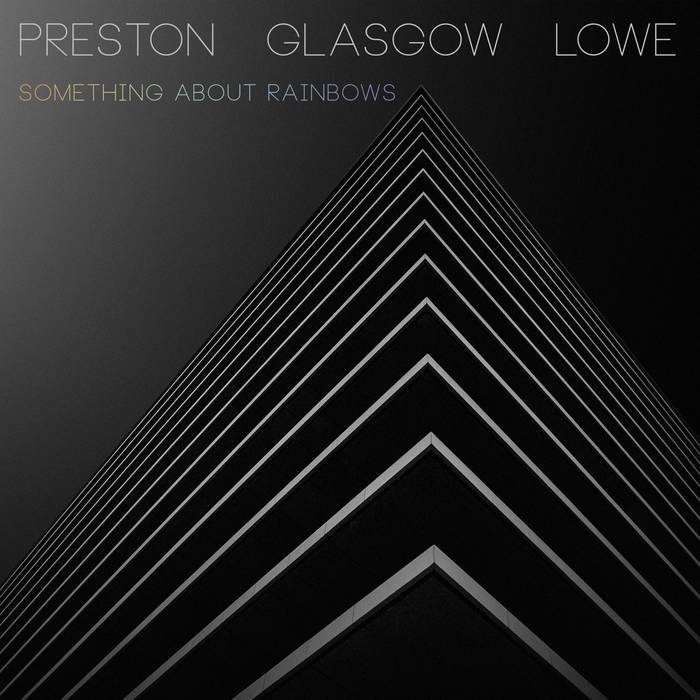 “As we toured our first album, we were actively exploring new material and discovering a greater harmonic, rhythmic and dynamic range”, explains Preston. “So alongside the heavier, metal-rock feel – more full-on now than anything we’ve previously created – increasingly delicate and conceptually open expressions appeared, so consequently the new compositions feel more pristine yet a lot freer, each having its own feature.”

Preston Glasgow Lowe’s intermeshing hues become alluring as each of these seven tracks develop. In ‘Fumes’, three overlapping time signatures provide the foundation for its chordal iridescence, propelled by Kevin Glasgow’s agile bass and Laurie Lowe’s rapid-fire percussion. The differing pop/jazz pulses of ‘Beat 5’ were inspired by David Preston’s explorative input into a sequencer matrix, resulting in a four-beat rhythm which sounds like five, with a delightful jazz swing at its heart.

Glasgow’s hard-hitting ‘Something About Rainbows’ (a subconscious title from a somnolent 3 am utterance!) is unabashedly heavy, with gritty, overdriven bass octave pedal riffs underpinning outrageously breakneck guitar; and Lowe’s audacious drumming throughout exemplifies the bassist’s observation that “Laurie constantly blows our mind, as there are so many notes going by.” The band’s emphasized sense of contrast is heard vividly in wispy miniature ‘May’, where Preston’s crystalline guitar melodies float above delicate, high-register bass chords and feathery cymbals; then sprightly ‘Truex’ shimmers to cascading guitar phrases and rock-out solos against distorted, q-tron bass sounds and meticulous drum figures – a no-nonsense feel-good with the trio all on the same grid.

Preston describes the mysterious, abstract freedom of his ‘3D Weirdos’ as “one of the most whimsical things we’ve done, with only the bass holding it down”, while also hailing Laurie Lowe’s left-field versatility. “He does this thing, when we’re rehearsing or on tour, where he drums in a drunken kind of way – a humorous, playful side, yet articulated clearly, and an indicator of the trust between the three of us.” The 12-tone serialism of German composer Hans Werner Henze’s works have come to inform Kevin Glasgow’s harmonic progressions and improvisations – and his dark, expansive closer ‘HWH’ disintegrates into duo and solo interludes with powerful focus as its tempo ebbs and then regains momentum.

The technically precise, unclassified artistry of Preston Glasgow Lowe resonates with wide-ranging audiences, and the trio responds enthusiastically to live performance invitations from as far afield as Japan. There’s certainly sonic gold to be found within Something About Rainbows.

"Individually these three musicians are true virtuosos on their respective instruments but collectively they are a powerhouse of originality and drive."
★★★★ All About Jazz

"The chops on display are simply awesome, but in the end it’s the precision and control that are the most remarkable aspect... PGL are a one-off with global potential; there’s no-one else quite like them."
Jazz Views

"What really makes 'Something About Rainbows' is the subtle harmonic refractions and light fingered delicacy that shows just how richly hued their sound has now become."
★★★★ Jazzwise Magazine